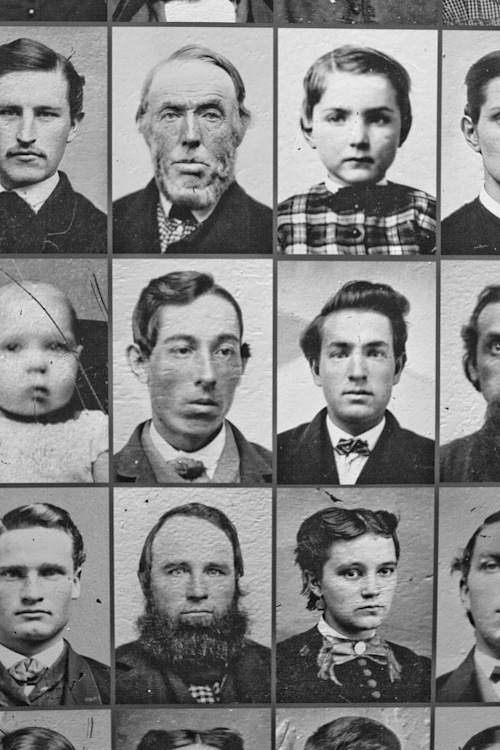 This poster, featuring portraits from the blessed era before the invention of the smile, hangs on the wall of the tintype studio on the ground floor of the Center for Alternative Photography on East 30th Street. Allow me to shill for a moment. This place does it right. Upstairs you’ve got studios and classrooms for seemingly every photographic process on earth. In the basement is a vast collection of old gear, like an eBay warehouse stuck at 1911. In between is the studio, where you can have your permanent and unique portrait taken with an antique camera and printed onto a sheet of metal.

I came to the Center to take a class on cyanotype, just one of the vividly chemical arts on offer. The prints are formed by the compound ferric ferrocyanide. After coating your paper with the light-sensitive cocktail, which is the palest yellow-green, you do your exposure and then watch while the image gradually darkens in the developing bath to a lush, deep, indelible blue. The process is the origin of the term “blueprint.” The tone is a kind of dye: you can even print on cloth. 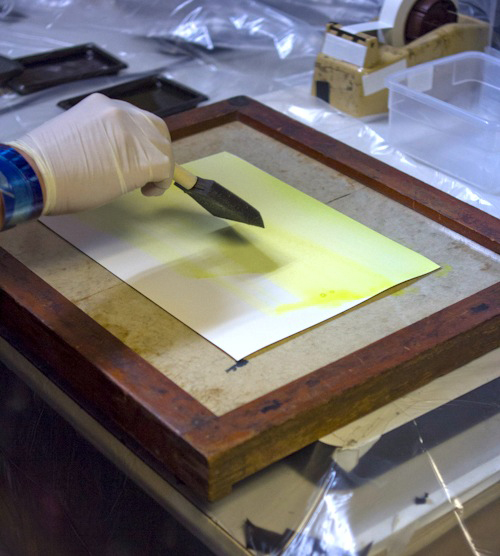 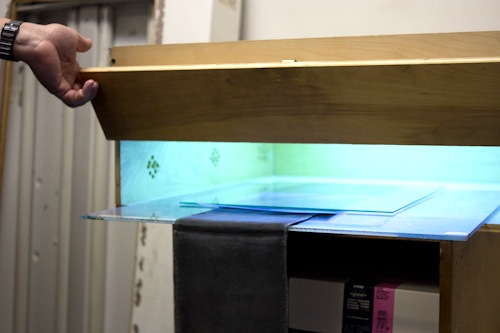 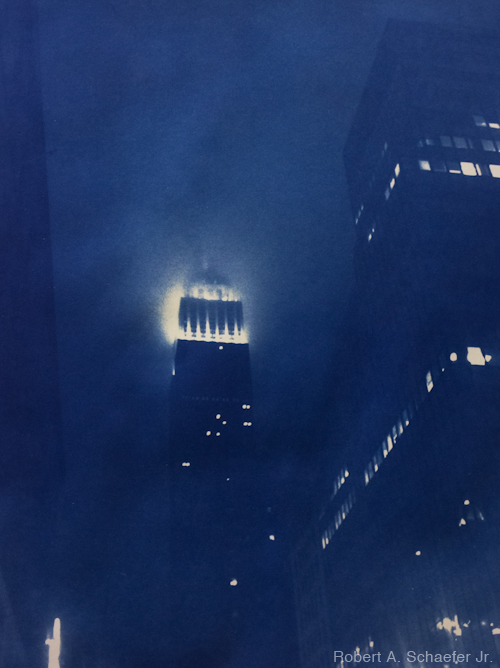 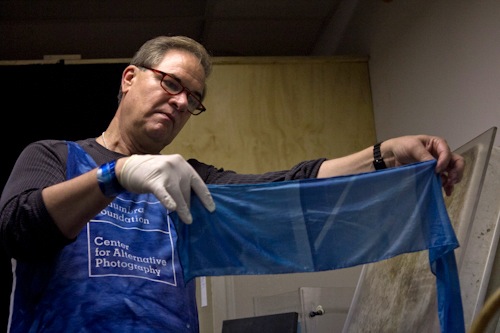 While I was there I spoke with executive director Geoffrey Berliner: 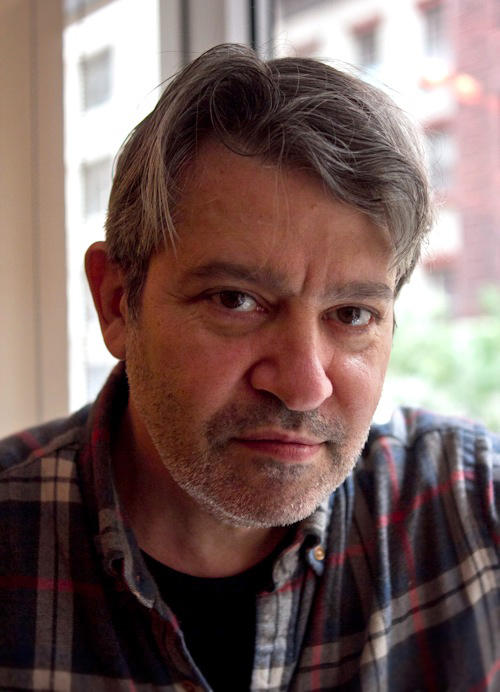 Berliner, mostly responsible for the Center’s hoard of antique equipment, is obsessive—in my world freely synonymous with “likable.” He took my picture three times while I was there. Once with a camera that makes two nearly identical prints simultaneously for viewing through a stereoscope, an early 3D contraption. The second was with an uncompelling digital point-and-shoot which, however, was customized to take a solid old-timey lens. The third was a wet-plate collodion print in the tintype studio downstairs. “Wet plate collodion photography is addictive,” he warned, with the look of a guy who knows, and went on to explain the Center᾿s place in New York, a photographer’s city if there ever was one.
The first photograph in the so-called New World was taken out of the window of Samuel Morse’s studio looking over Washington Square Park. New York is basically the beginning of photography in the United States. Lenses and equipment were made immediately downtown, right around City Hall, and then later moved further north to around this area, and all the retailers were further west near Penn Station. So we’re in a very historical photographic district right now, and this building is devoted to that history.

The tintype studio is sort of an homage to those old studios of the 19th century. If you’re interested in photography, that’s great. If you’re not, but you want a keepsake, a thing, not a pixel, not something that’s living in the cloud, then you come here for this crafted object. You’re actually pouring the emulsion, the actual syrup onto the plate, you’re sensitizing it, you’re making it wet in the camera—and you leave with this thing that will last a long, long, long, long time.
When I sat for my tintype, the first thing the photographer Bonnie did was select a shiny new rectangle from a stack, the canvas for my eternal image (actually aluminum, not tin). Then I got a front seat on the darkroom process: coating and loading the now wet plate into a black cartridge. This was then slid into the back of a camera that had a lens the size of a teacup. Sit still. Click. Then into the darkroom again to develop.

The development part is witchcraft. There are two stages: one where you see your image emerge as a negative, and a second where the negative blooms weirdly into positive. The resulting print is the only version in the world of the brief moment when you were translated by glass into a cone of focussed light shining on a chemical compound. 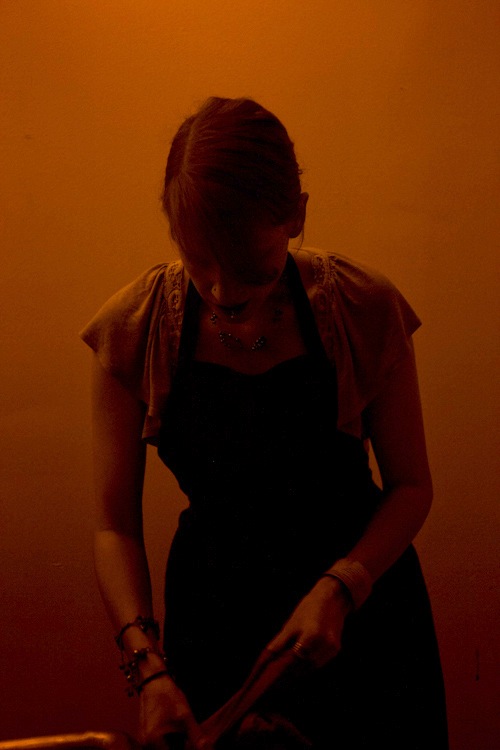 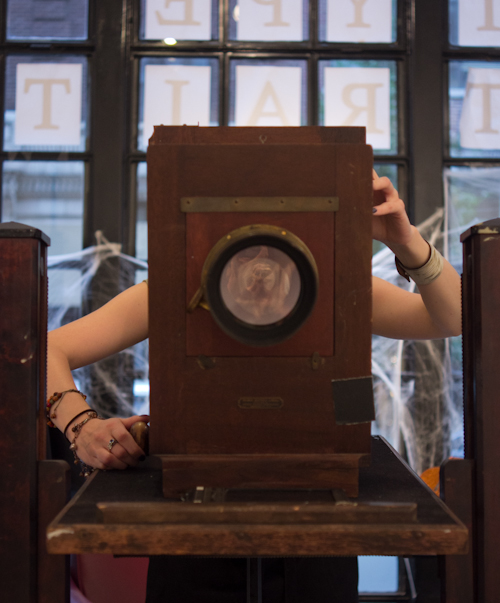 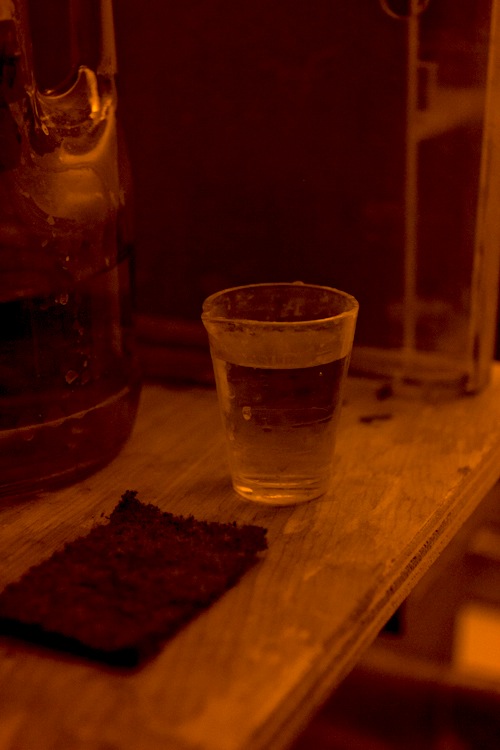 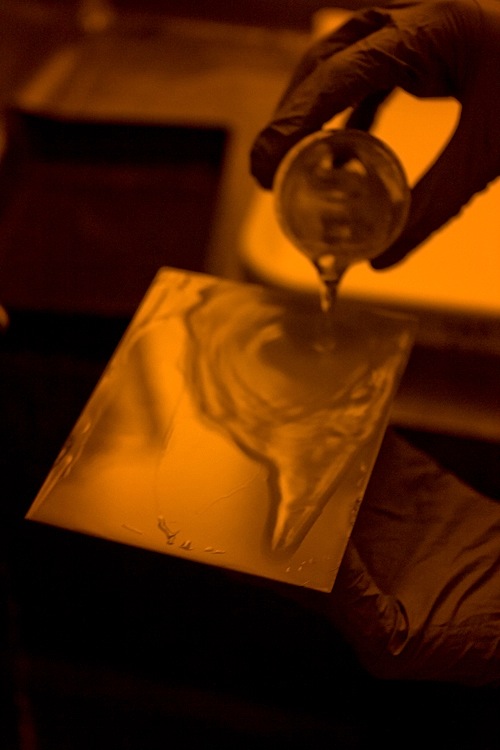 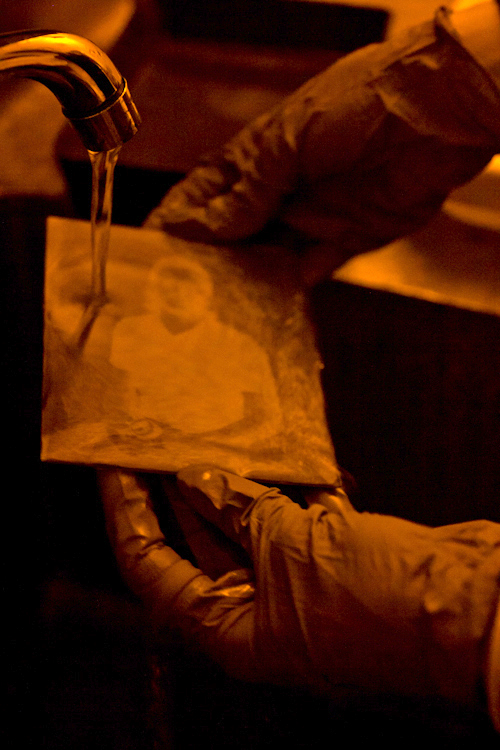 Filmmaker Errol Morris recently published the second part in his Times series on Lincoln and photography. He interviews collector Keya Morgan; I liked what Morgan had to say about wet-plate process.
It’s like magic. Pure magic. When you move away, the image doesn’t move away. It stays there for eternity until somebody destroys it or misplaces it. When Lincoln was standing there, there were light waves shooting out at 186,000 miles per second, hitting that collodion plate—that emulsion was made directly from him. I mean, that’s incredible.