You Flushed. Now What. 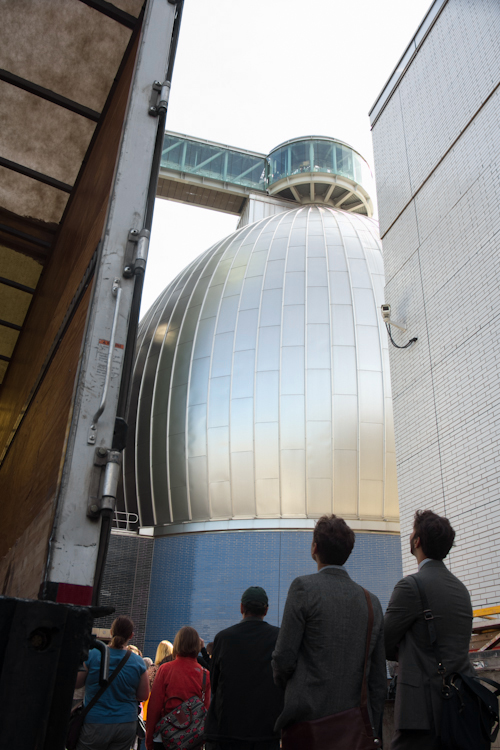 Well, you don’t have to do anything after you flush, and because we live in the bosom of civilization that’s as it should be. If you want to suspend taking sewage treatment for granted for a bit, or are just fascinated with the wrong side of the spiral, the Newtown Creek Wastewater Treatment Plant gives tours to the general public once a month. 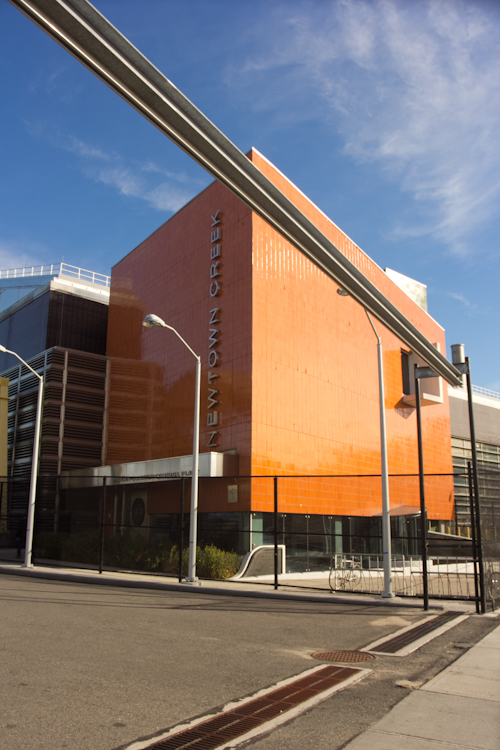 In the orientation speech you get the whole logic and reason behind the place. 99.9 percent of sewage is just good ol’ water. The DEP chestnut goes: Q: What’s the difference between drinking water and sewage? A: Six inches. (The distance from tap to drain.) Good water is used to flush the unsavories like—to take just my favorite of the euphemisms—“TSS” or Total Suspended Solids, which can be present to a greater or lesser degree depending the stage of the process. At the plant they use the term “mop water” for thin sewage, the revolting “pasta sauce” for thick, and “sludge cake” for the fully treated stuff that gets barged up the East River and sold to farms. If someone offers you sludge cake with your coffee, firmly refuse.

Here’s the electrical system control room. It looks exactly like you were imagining. 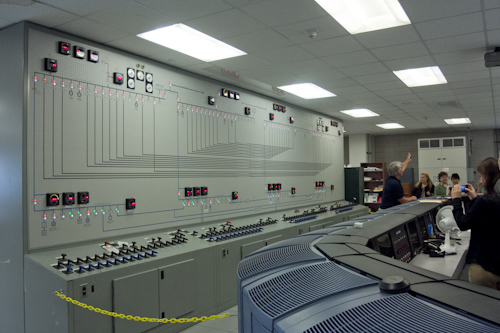 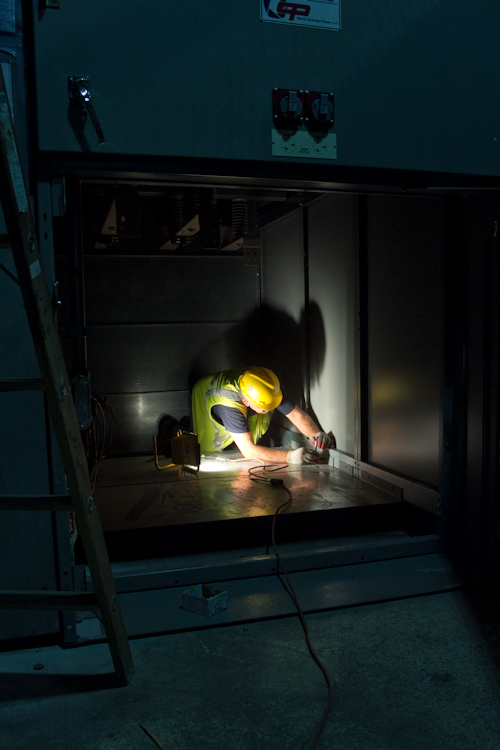 This is the one of the massive boilers that keep the so-called digester eggs—the thirteen-story stainless steel orbs—at a constant temperature. 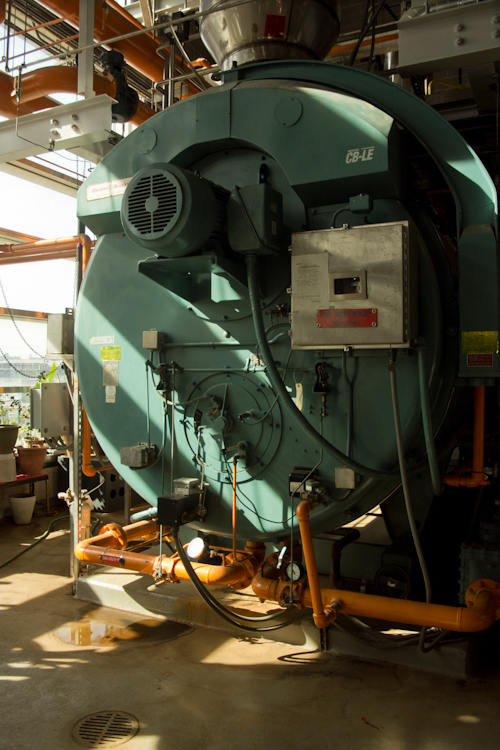 For me the most striking detail of the whole show: that temperature is 98.6 degrees. As in people temperature. The bacteria inside that busily breaks the sludge down is the same that lives in your gut, because giant steel egg digestion is really an extension of human digestion. With every batch, half gets moved further along the process, while the other half is kept to “seed” fresh sludge with critters. The eggs even fart: methane comes out the top. 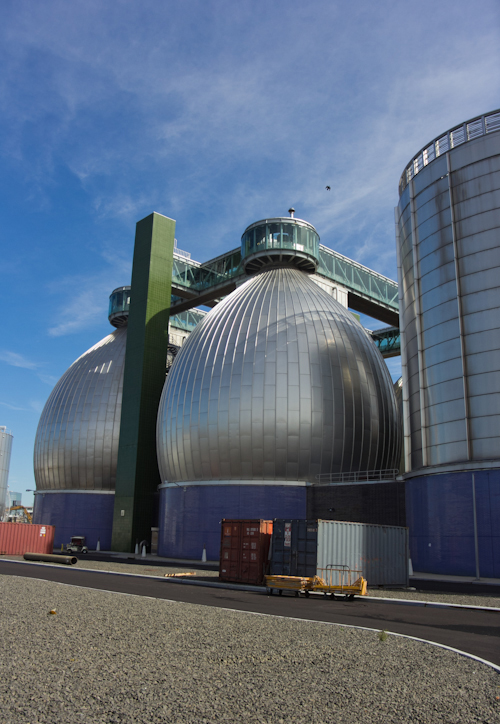 The first thing raw sewage encounters is a 1.5-inch screen that keeps out big stuff that would screw up the system. When asked what was the weirdest thing they’d ever found in the screen, the superintendent got a little more hair-raising than I was expecting. But he said they’d also found (and returned) flushed wedding rings. The stuff gets scraped off by mechanized blades. This is the worst-smelling part of the tour. 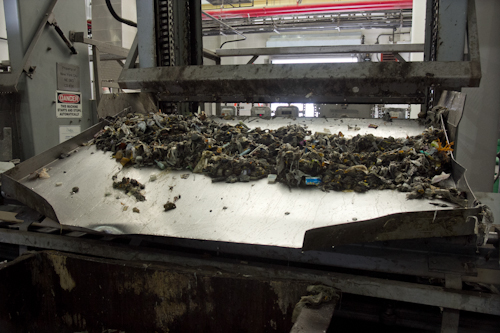 You take an elevator to the gangways at the top of the eggs. Through a glass porthole on each one you can see methane bubbling. Methane and million-dollar views: not a bad mix for a weekday. 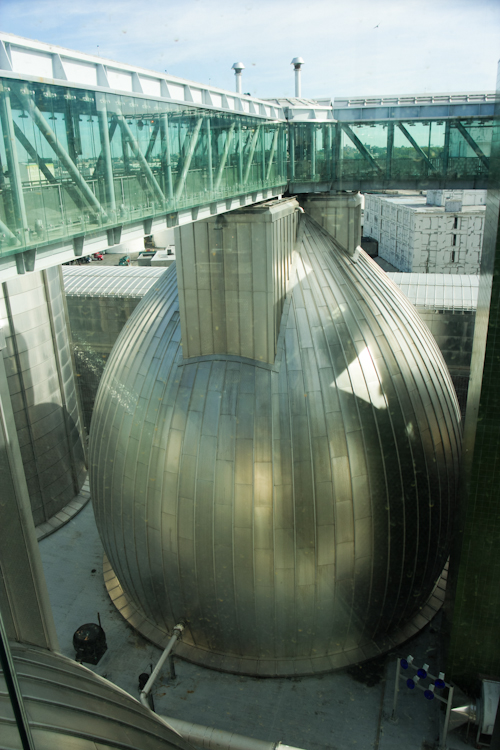 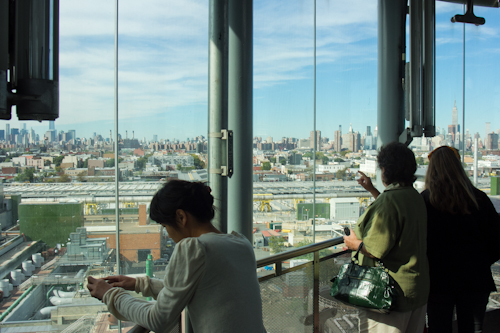 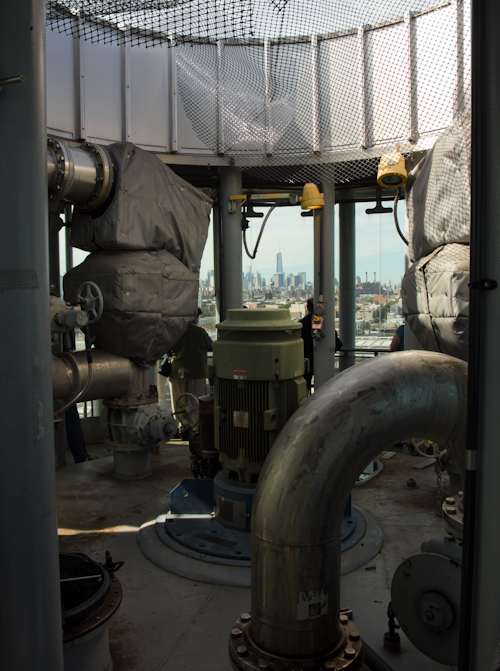 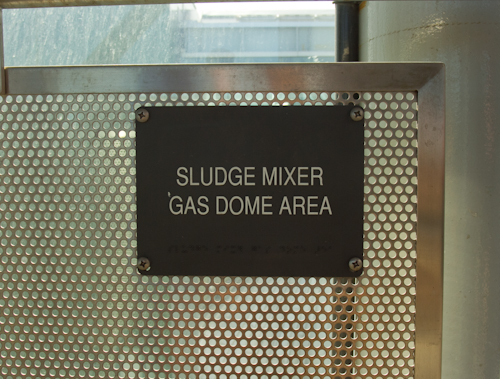