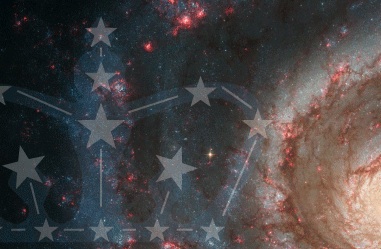 Columbia University Astronomy Public Outreach Program has the most outlandish event roster. “The Truth About Black Holes.” “How I Found a Supernova.” “Strange New Exoplanets.” All this in a city where you can hardly see a star in the night sky. New York scores a nine on the Bortle Dark-Sky Scale. The scale measures the amount of skyglow from light pollution, and nine is as bad as it gets. In Galileo’s time, everywhere—absolutely everywhere—was a one. Today you can scarcely find a one in the continental United States; you’re better off in the Australian Outback or Antarctica. But astronomy in Metropolis isn’t totally futile: the whole celestial carnival is still silently spinning out there beyond the glare, waiting. The Outreach Program is for folks who like to be reminded. It expands the feeling you get when, walking at night on a loud cross street banked with fragrant garbage, you turn a corner—and see a tremendous full moon hanging over the roof of a brownstone. 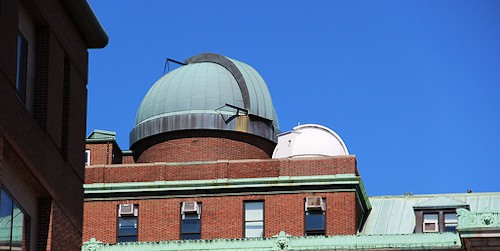 The schedule is regular: every other Friday in the Pupin Physics Lab (read about it in Chapter 9 of the book). You can see the domed telescopes on Pupin’s roof from the ground. The place is noted for other other reasons: it’s where the first uranium atom was split in the U.S. Atom bomb code named the Manhattan Project? That’s why. The labs are connected to Columbia’s famous tunnel system; once you could scurry directly to the underground capsule that was home to the original cyclotron—the atom-splitter itself. This monster of a machine (the magnet alone weighed 65 tons) was sealed in the university basement in 1965, and gathered cobwebs there until it was dismantled for scrap in 2008, making a lot of science people sad.

After a short lecture on a subject guaranteed to trivialize your personal problems, the Outreach lets you browse the cosmos through their rooftop telescopes. The view out into space isn’t great. You won’t mind. A bleary image of an object millions of miles away makes that object seem realer than the airbrushed textbook version. For instance, this is what Saturn looks like: 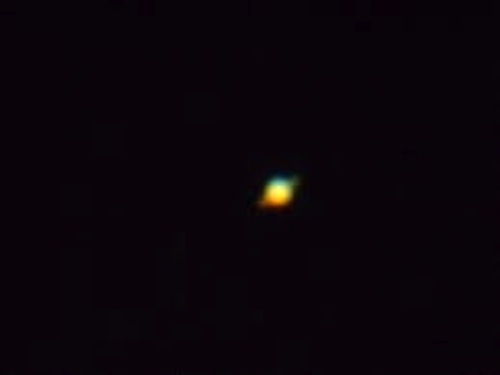 On nights when there’s too much cloud cover, you’ll get a slide show. But really: try to come when you can get some telescope time. One of the strangest parts about the whole experience is being on an open rooftop in the middle of Columbia University. All the surrounding air is tinged with the glow of Riverside Church, the tallest church in America. Here’s a long-exposure shot of it; click for the big version.